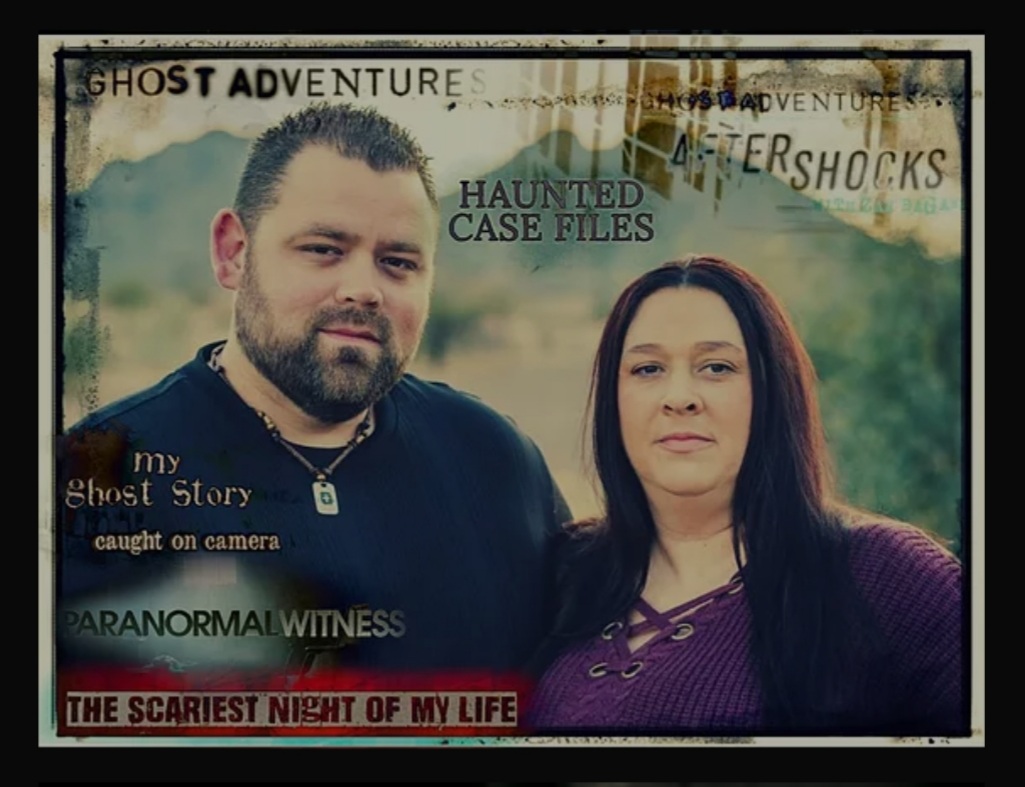 The Yates Family Haunting Husband and Wife more commonly known for their paranormal encounters featured on several major television networks including; Travel, SyFy, Destination America, Biography, Travel & Escape, TLC, Oxygen, ABC, NBC, and CBS. They have appeared on many popular reality television shows such as; Ghost Adventures, Paranormal Witness, My Ghost Story, Ghost Adventures-Aftershocks, and Haunted Case Files Season 1-2. Currently the Yates are working on several other television projects and documentaries that are will draw you in closer to, The Yates Family Haunting. Although, they are not limited to television alone as they regularly appear as guests at conventions, expos, festivals, and events. Sharing their passion and ongoing haunted encounters with groups during Q&A’s, Panels, and Lectures. In addition, they both host their vary own Guest Investigator program which allows others to experience ghost hunting and trade techniques. Furthermore, they do ghost talks at several advance screening of paranormal related movies as opening acts. This allowing them additional opportunities to share their supernatural encounters with large audiences with common interests. Outside of that Jay & Marie both lead a successful and experienced team of passion driven individuals with extremely diverse backgrounds into the darkest corners of the desert southwest. Their team Crossing Over Paranormal Society “The COPS Crew” was established after they went through an extreme haunting with little to no help. Their mission is to seek only truth, understanding, and proof of the paranormal by any means necessary. Furthermore, focusing on only the most extreme of hauntings with a passion for helping families struggling in silence as they once did. Jay coming from a background of being haunted since birth and Marie inheriting those haunting in marriage. Jay grew up plagued by the supernatural and struggled daily as a child to make sense of it all. These struggles led him to become self-educated about the field of Paranormal Investigation & Research. In Mid-August 1999, Jay suffered a Near Death Experience that forever changed the direction in his life. Jay became a Reverend, and soon after was pushed out of his church for his belief in the paranormal. Soon after Jay left the church he meet Marie a diehard skeptic of the supernatural but now she has become a full blown believer in the paranormal. After meeting Marie was thrown into a world that she didn’t know existed. They were and continue to be haunted today. Although, they have learned to live in harmony with both the living and the dead. The hauntings no longer control their lives. Their trials and tribulations with the supernatural have become their testimonies. The Yates experiences, professionalism, knowledge, & years of involvement in this field provides them with many opportunities to speak on many platforms. Their personal accounts of their ongoing haunted experiences continue to captivate audiences in lecture halls, expos, conventions, festivals, television, radio, news, panels, meet & greets, & special appearances year round.
Their website:
https://www.yatesfamilyhaunting.com/