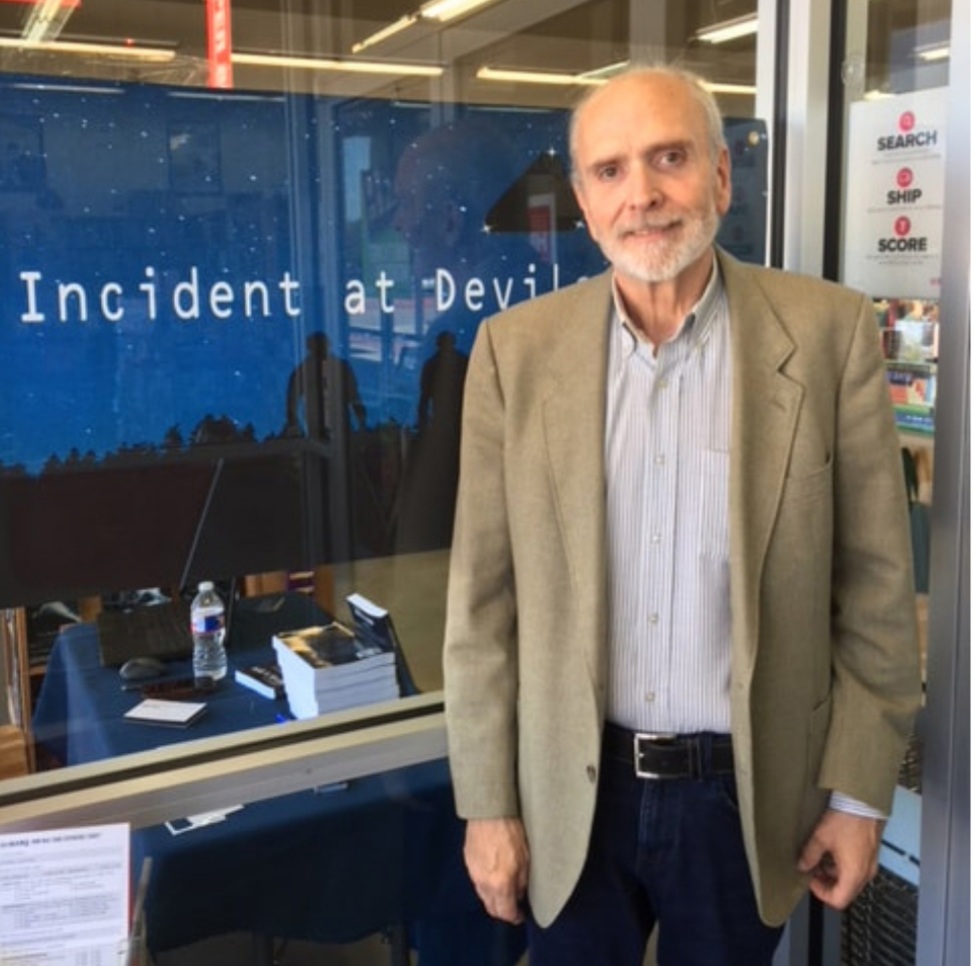 Terry Lovelace will explain why he broke his silence and told his story.
“INCIDENT AT DEVILS DEN, a true story …” is a book he waited 40 years to publish. It’s the true account of a wilderness camping trip a friend and Terry made in 1977. They were both 22 year-old staff sergeants in the USAF, stationed at a nuclear missile base in Western Missouri. They drove six hours to Devils Den state park to photograph eagles. Instead, they had an encounter with something unimaginable. It changed their lives in ways they could have never imagined.
The 1977 misadventure began as a simple two-night camping trip. They drove south from the air base for six hours to Devils Den state park. They were about to retire to the tent for the evening when Terry’s friend noticed three bright stars just above the western horizon. They watched them for a quarter hour and debated what they could be. They were familiar with most kinds of aircraft and there is nothing that has lights in a perfect, tight triangle.
They were abducted from their campsite and subjected to four hours of terror. When the Aliens returned them, they we were both badly burned and suffering from dehydration. The memories returned as years of screaming nightmares.
Terry never told a soul about his encounter. If his story had leaked out he would have lost both his job and his good name in the legal community. He was at peace with it finally. Until 2012.
Join Project Dark Corona as Terry Lovelace tells us the whole story.